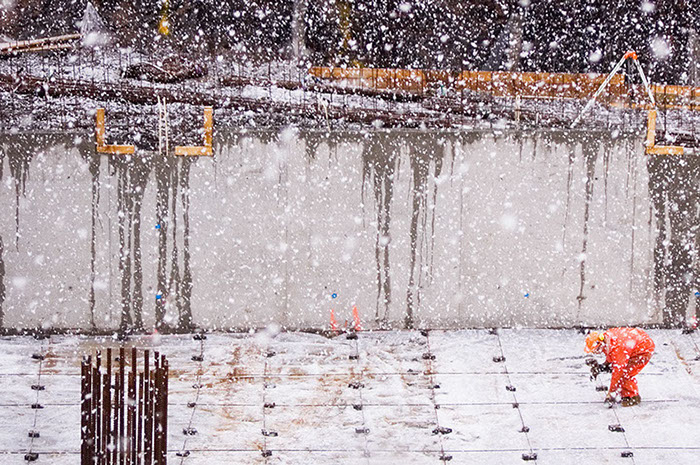 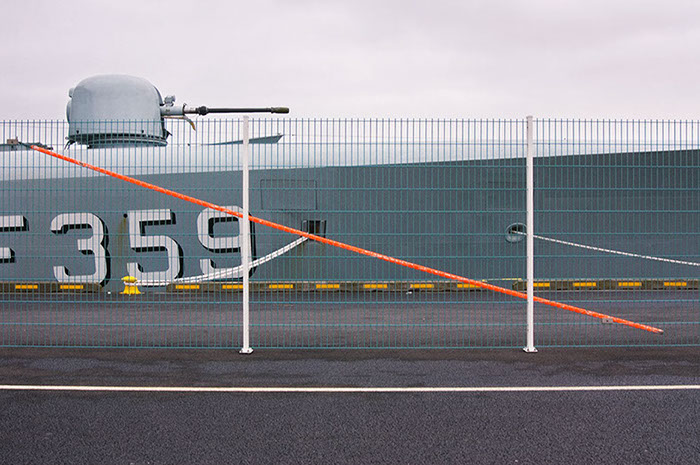 "In Iceland Smolarz conducted a series of photographs and videos in a style of cool and extremely distilled observation. In a particularly concentrated way she recorded characteristics of the city and the landscape: the penuriousness of the nature, modern settlements, the pragmatic architecture, technical progress, and the peculiar phenomenon of the everlasting lack or excess of daylight. Thus the visual guiding theme for the photography emerged: the signaling, reflecting color Orange which appears uncommonly often in the Icelandic everyday life. It absurdly marks the urban landscape as if an ambitious designer had developed a kind of 70s styled utopian master plan for the country. The people who appear in these pictures are equally wearing and carrying in orange accessories. They are moving through their world in an absorbed way, through a continuum of everyday life, primarily occupied with practical tasks. They are hardly aware that they also could be part of a bigger picture, a fiction or vision.

All these motifs are found and real. But the artist’s extreme focus on the ‘orange’ phenomenon lends these images a strangely arrested, surreal-futuristic atmosphere and mood. There is a likeness with Francois Truffaut’s film „Fahrenheit 451“, an unsettling Science Fiction story set in the British reality of the 60s."

The Shot, Reykjavik Museum of Photography 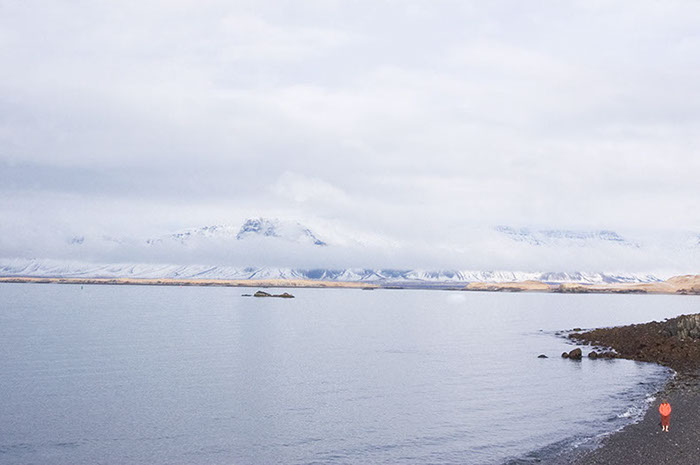 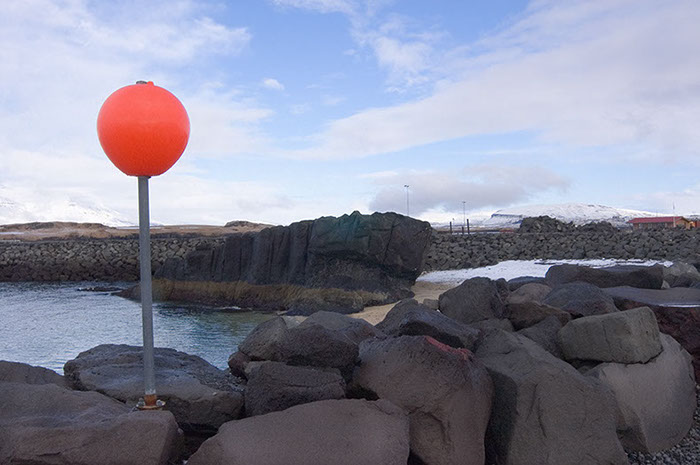 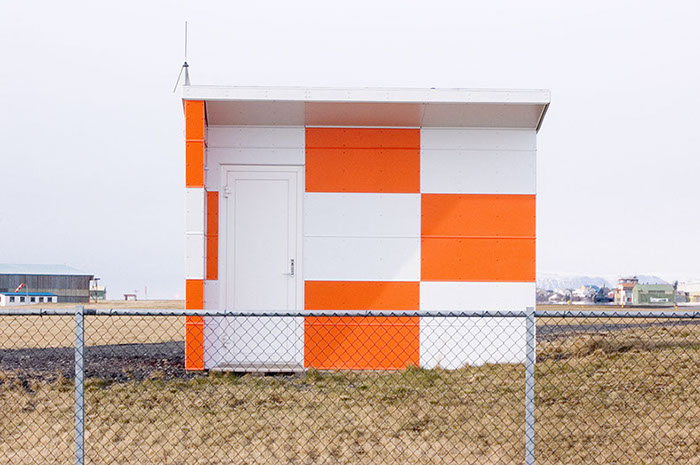 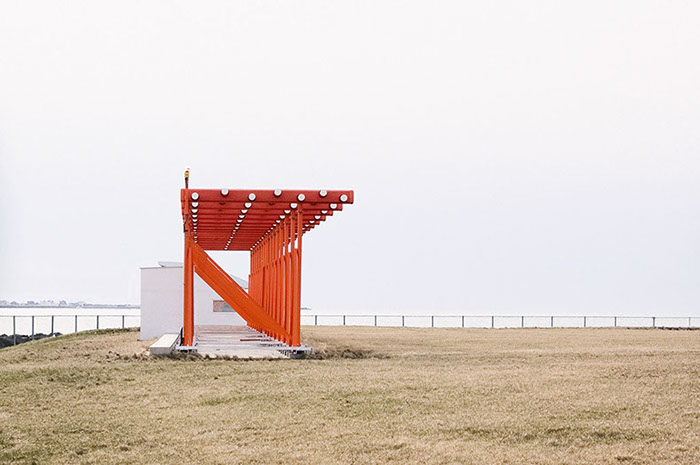 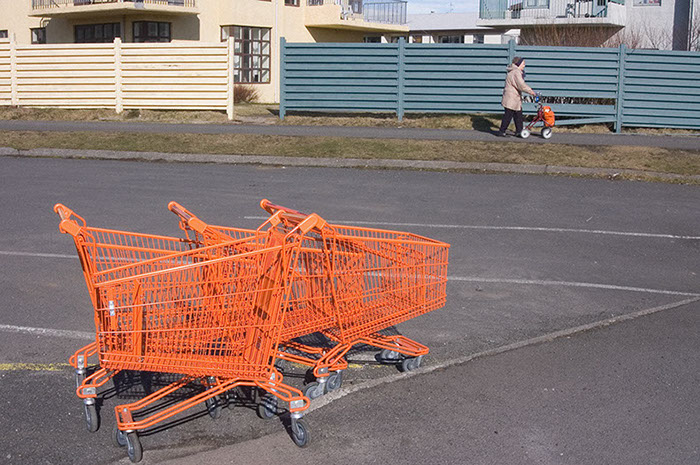