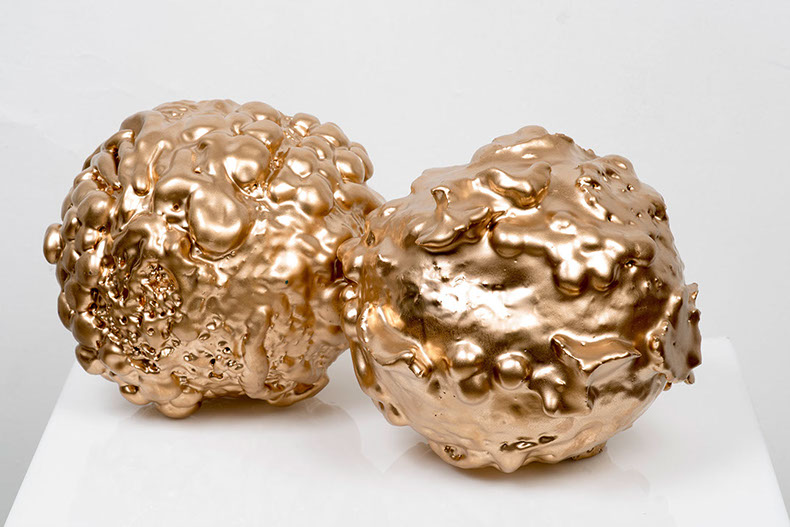 THANK YOU FOR EVERYTHING MRS. LACKS, ceramic sculptures, 2016

The THANK YOU FOR EVERYTHING MRS. LACKS ceramic sculptures reflect on the life and death of Henrietta Lacks and her immortal HeLa cells. Mrs. Lacks was an African-American

tobacco farmer in Virginia, who died in 1951 of cervical cancer. Her immortal cells were taken with out her knowledge and have helped with some of the most important advances

in medicine: the polio vaccine, chemotherapy, cloning, gene mapping, in vitro fertilization, to name a few.

The sculptures of Mrs. Lacks immortal cells which jump-started human research and continue to save human kind, as every person who had a vaccine, had taken medication,

had been treated for cancer etc has benefited from HeLa cells describe the universality of the human cell. However, the golden color of the cells references the history commodification of the black body in the United States, as HeLa cells to this day are still exchanged within the scientific community around the globe. Ms. Lack’s story echoes a long history of trauma inflicted on the black body in the name of scientific research and education.

In 1951 when laws enforced racial segregation Mrs. Lacks was undergoing treatment for cervical cancer in the “colored ward” at Johns Hopkins Hospital in Baltimore. During her

radiation treatments for the tumor, samples of Henrietta's cervix were removed—a healthy part and a cancerous part—without her permission. The cells were given to the researcher

George Gey who was able to isolate one specific cell, multiply it, and start a cell line. As the first human cells grown in a lab that were "immortal" they could be used for conducting

many experiments. By 1954, the HeLa strain of cells was being used by Jonas Salk to develop a vaccine for polio. Today scientists have grown 20 tons of her cells, and there are

The Lacks family receives no shares from the profits. 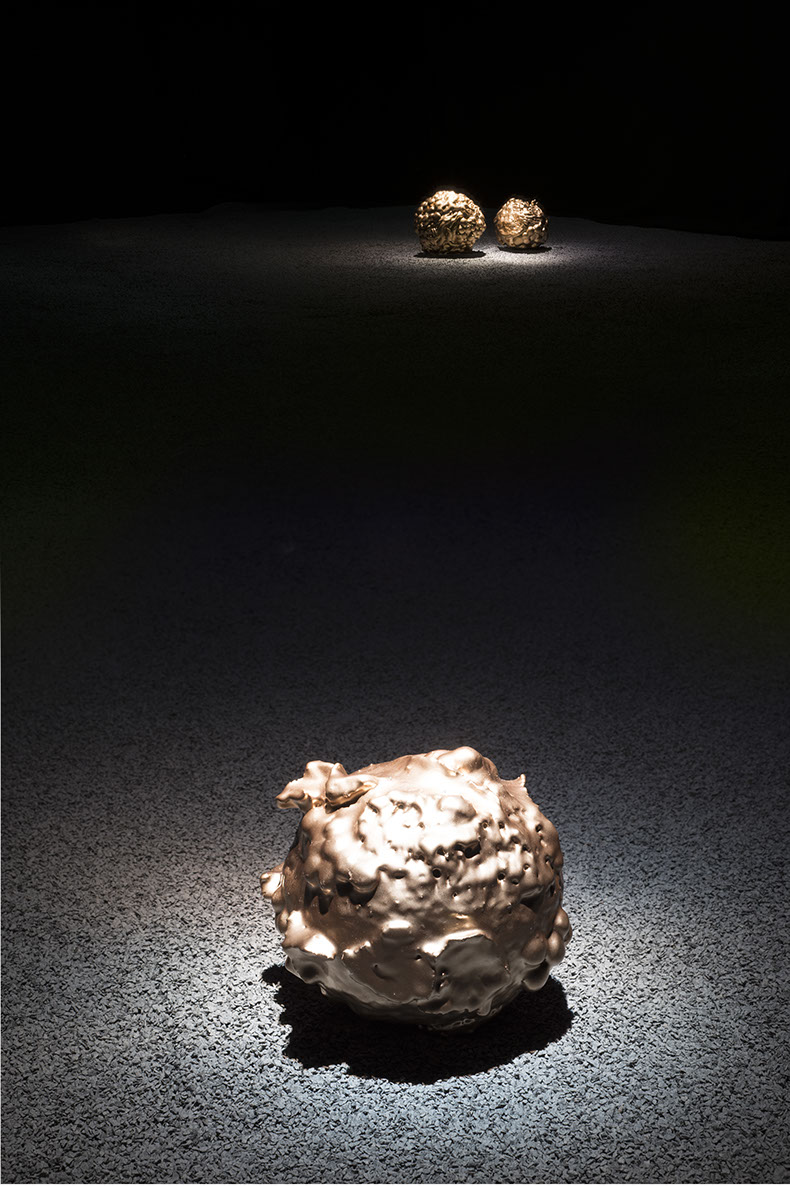