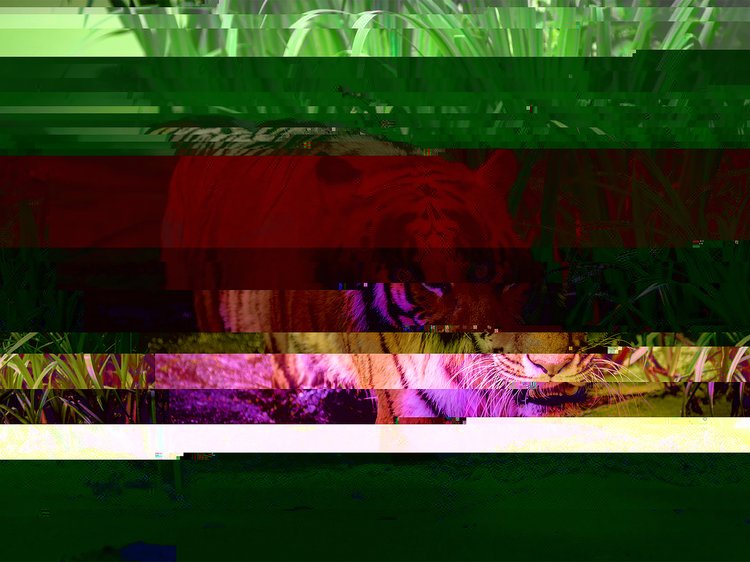 SEEING A TIGER DIDN’T CHANGE WHO I AM

Seeing a tiger didn’t change who I am (2022) is a photographic series looking at our age of mass extinction. Created in the “future,” the images explore the current most endangered species which will become extinct in the upcoming decade as each title suggests (i.e; Rhino. Extinct in 2025, Tiger. Extinct in 2021.) I specifically chose the majestic animals like a Tiger, an Orangutan, or a Rhino instead of the hundreds of species which go extinct every day in hopes to create empathy and solidarity with the animals affected by mass extinction. Using public domain images of the animals and altering their digital code by inputting text describing what we could have done to prevent extinction, and thus I am generating “future memories” of the animals as fractured digital artifacts of the destruction. As a result the images become fragmented. I want to visualize what the future of these animals will look like. What remains of the existence of these soon to be extinct species in 50, 100, 200, 300 years. My intervention speeds up the process of loss and fragmentation, making the immediacy of the extinction more tangible to the viewer. Visually I am echoing the degradations process of a jpg file over time and want to convey the motif of the fragmentation with in the photograph through forced manipulation as symbol for the fragmentation within ourselves. 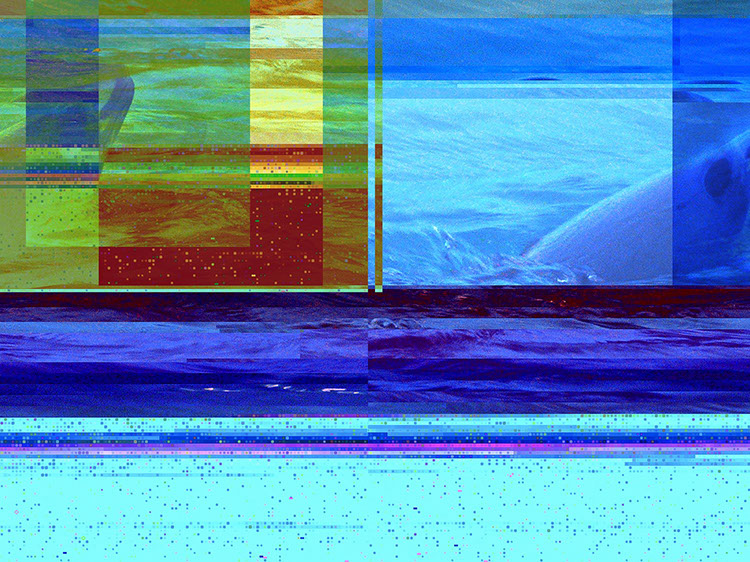 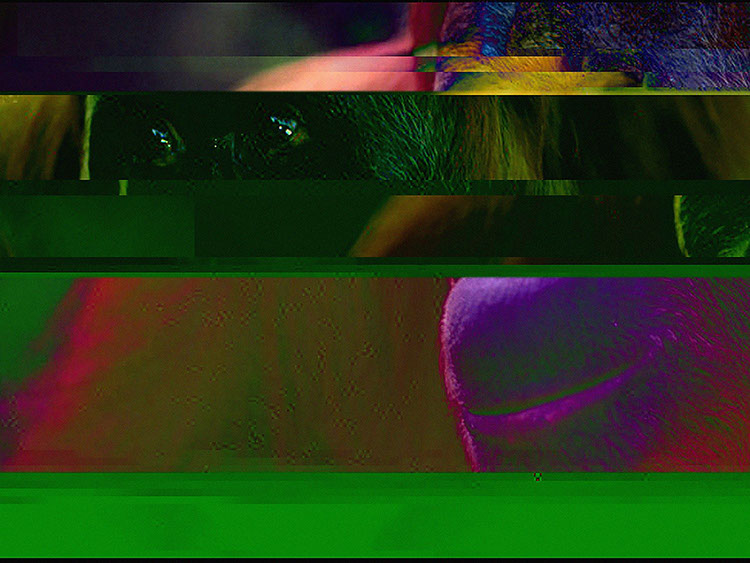 Pongo Pygmaeus Wurmii / Mother Orangutan With Her Young In Their Natural Habitat: Extinct 2027 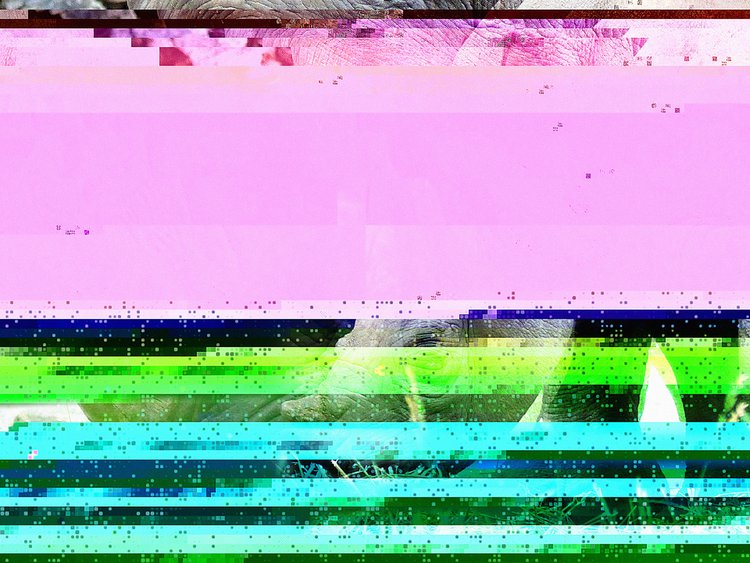 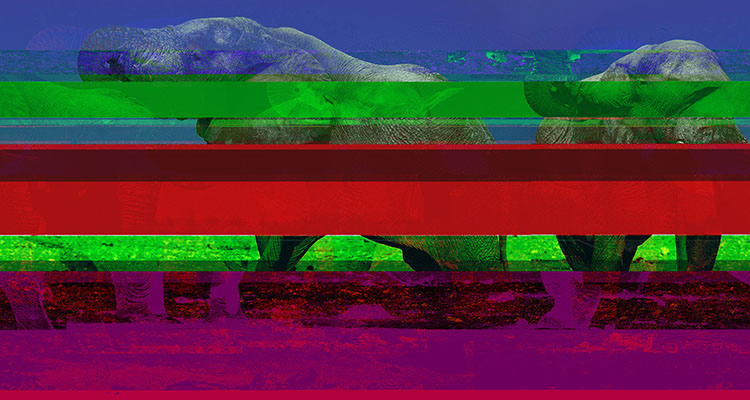